The Saga of the Dress

As mentioned in the last post, Michelle and I created her wedding dress together, and it’s finally time to reveal the finished product, along with several stories surrounding it and her special day. I’m sure you’ll agree that this isn’t just a sweet tale, but a very suspenseful saga.

Soon after her engagement, I checked Michelle’s Pinterest board and discovered she had pinned only one dress. That struck me as a bit odd, because I imagined most brides-to-be would have a lot that they liked, but it was quite apparent that she knew exactly what she wanted. 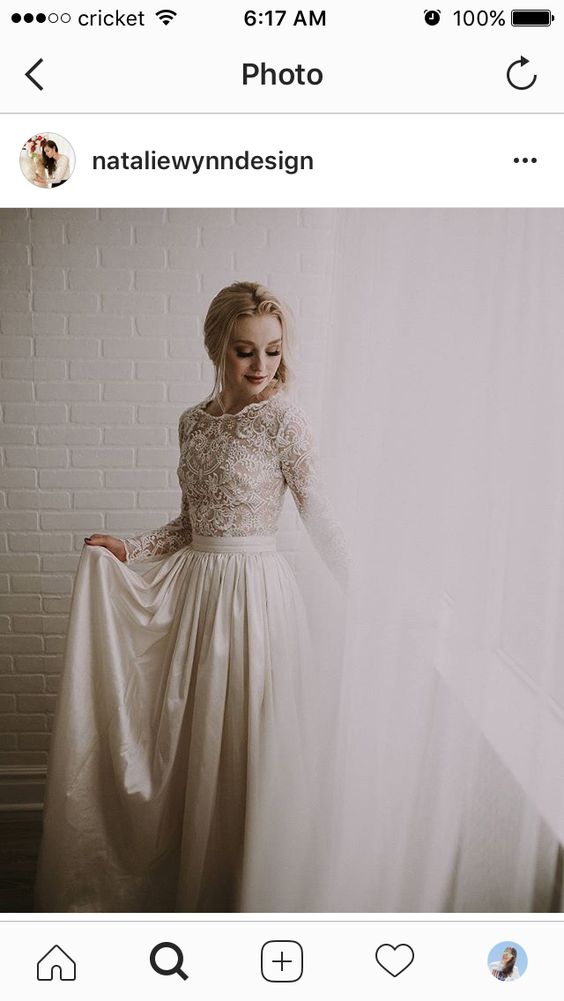 She had worked with this designer during Provo Fashion Week, and knew that she would be happy with the finished product. While compared to a lot of bridal gown budgets, the price for this gown wasn’t too outrageous, it was still a lot for our budget. Besides, in the back of my mind I’d always planned on at least trying to sew our only daughter’s wedding dress, which I knew we could do for less money than purchasing one. So, we bought Michelle a plane ticket to Florida and ordered some guipure lace. 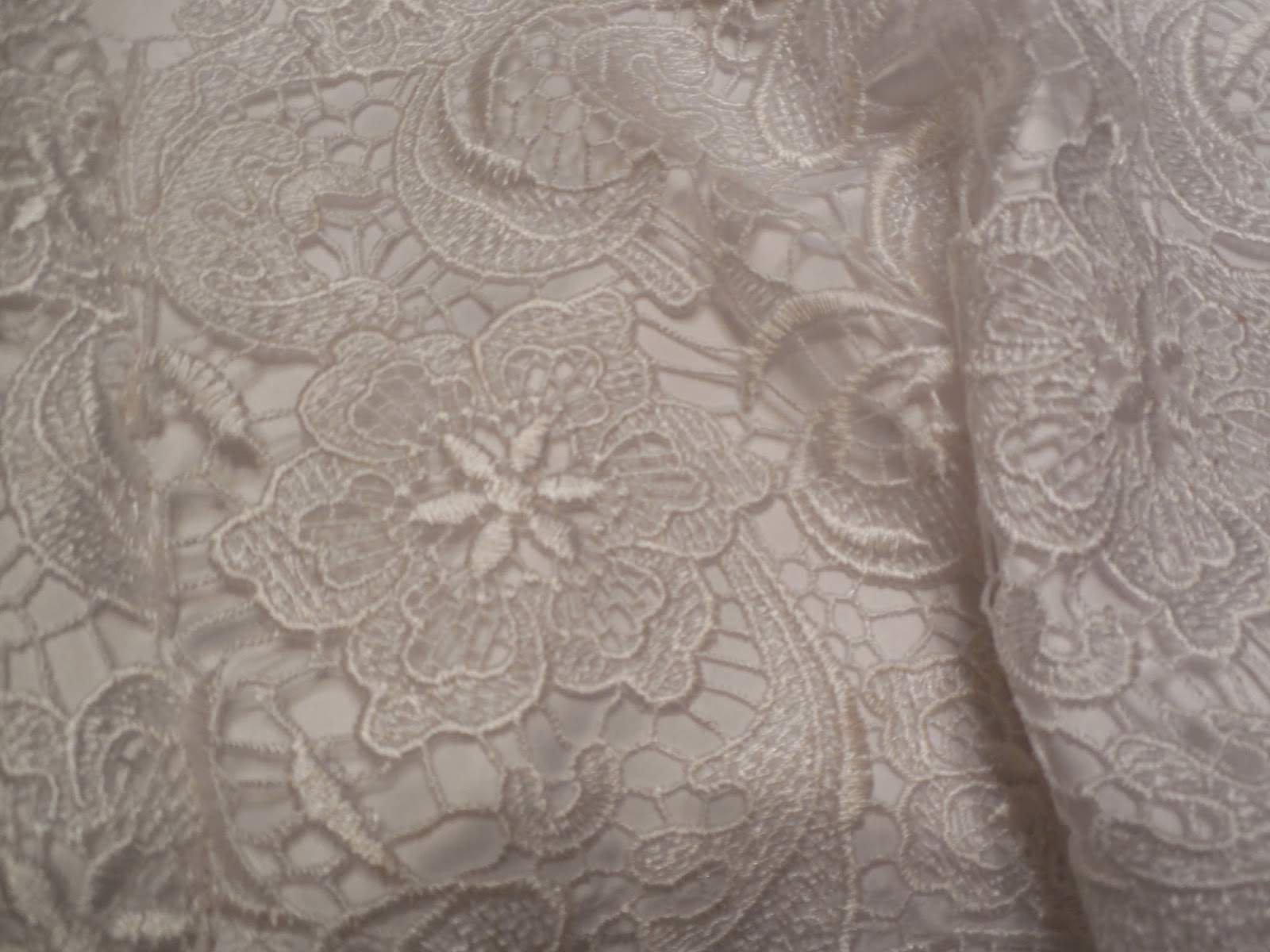 Our inspiration dress was actually a blouse and a skirt, and originally we were going to do that, but then decided that having the skirt attached would not only save fabric, but would prevent the worry of a blouse becoming untucked. We didn’t have the pattern from the designer, but that just made the project more exciting and allowed Michelle to unleash her own creativity. We started with the pattern we did have – the one for my wedding dress.

Since Michelle also needed a “regular” temple dress (so that she wouldn’t have to rent one each time she went), we thought it might be wise to use that dress as our “practice” dress, so that’s what we did. 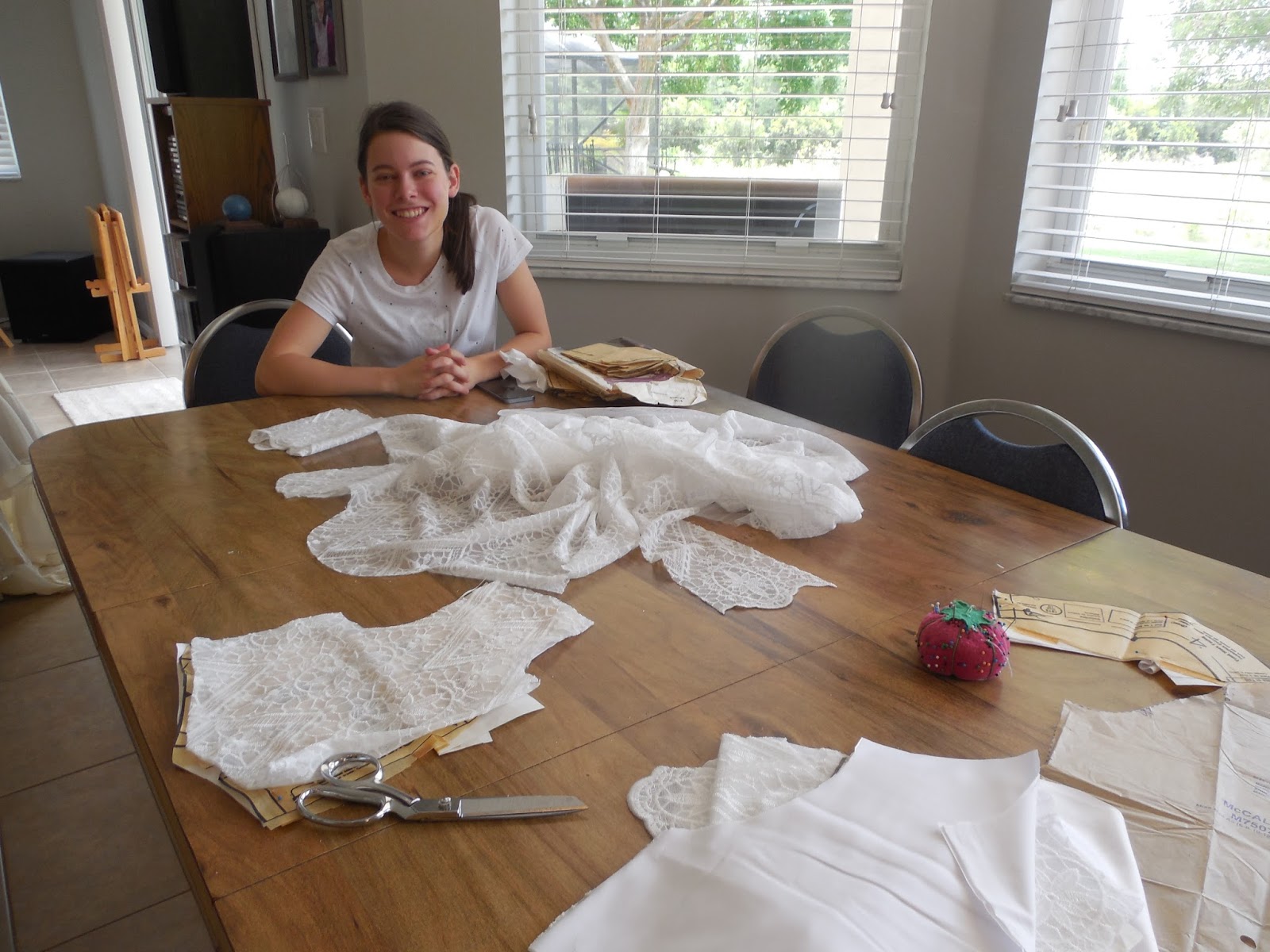 After completing that dress, and being satisfied with how it looked, it was time to create the real wedding dress. I’ll admit there was a fair amount of mind changing and picking out threads – and wishing the bride had followed the counsel to not show “in progress” pictures to the groom! – but overall the experience was a positive one, and we met our goal to complete it during her visit. 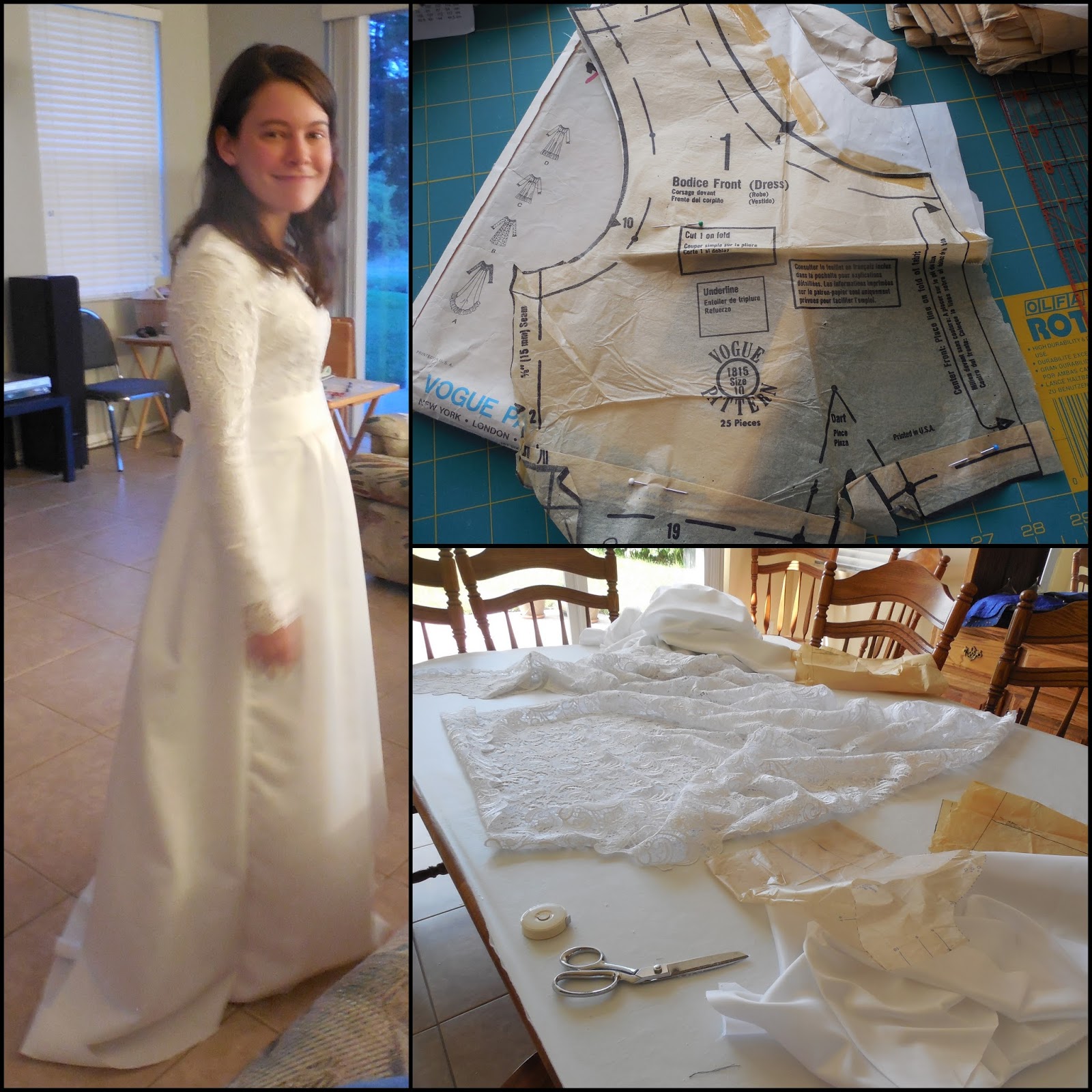 Because the airline had misplaced Michelle’s luggage on her flight to West Palm, we didn’t trust them to not do that again. Besides, her suitcase was pretty full. We decided I would bring the wedding gown in my carry-on luggage when I went to Utah for the wedding. She made room for the temple dress, which could be a “Plan B” if  necessary.

Fast forward a month. Michelle had originally wanted a Labor Day weekend wedding, but we had already planned to go on an Alaskan cruise with Wayne’s family that week. So, they picked the next available Saturday, September 16th. Our plan was to fly home from Seattle on the 9th, and then fly to Salt Lake a few days later for their wedding.

As we were packing for the cruise, we noticed a little thing called Hurricane Irma forming in the Atlantic, but didn’t concern ourselves with it too much because the reports had it moving slowly to the south and we would be home and gone again before it reached Florida. The reports changed, but that story deserves its own post. 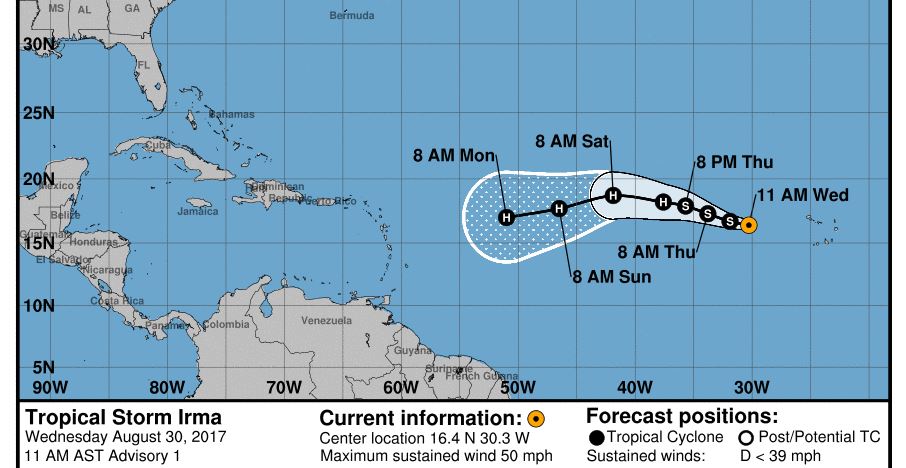 Bottom line, our flight from Seattle to West Palm on September 9th was cancelled, so we rescheduled it to the 11th. When that one was also cancelled we had a problem. We were in Washington, the dress was in Florida, and the wedding was in Utah.

One of Michelle’s friends offered to let her borrow a wedding dress. That was super nice of them, and it would have worked as a Plan C, (not sure why our original Plan B was vetoed at the time), but it really wasn’t Michelle’s style. 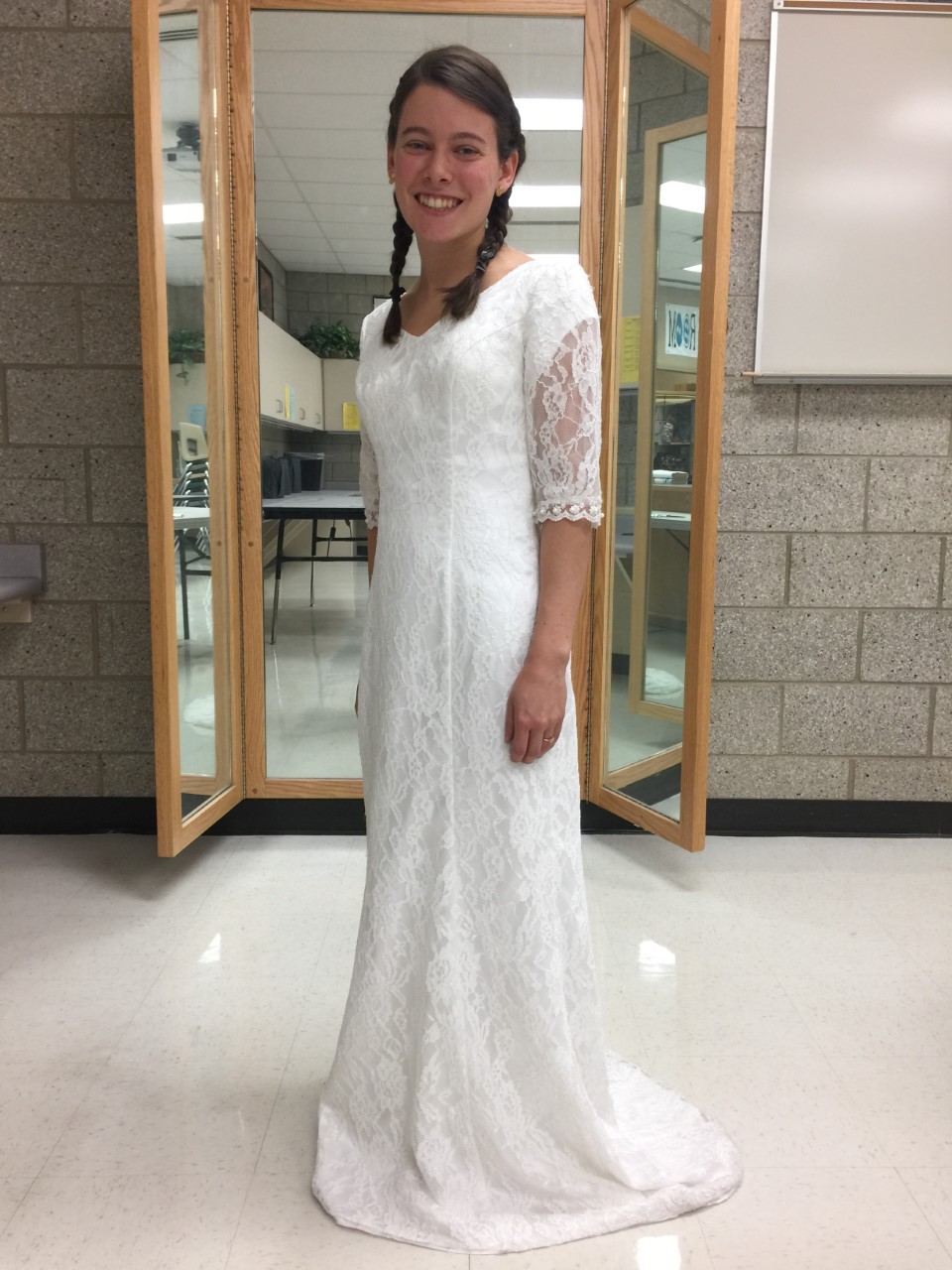 Since the airlines wouldn’t change our flight to a different city, Wayne had the brilliant idea to drive to Utah, so we rented a car and did just that (and rescheduled our flight home for a week later). That got us to the wedding, but not the dress. The obvious solution would be to have someone go to our house, get the dress and mail it to Michelle, but the only way into our house is with a key, and we had our keys with us.

We did some research and found a FedEx office just off the freeway in Oregon, made a quick stop to mail a friend a key, and crossed our fingers. Unfortunately, our “overnight” delivery wasn’t delivered the next day; our key was stuck in Tennessee because flights still weren’t going into Florida. We tried to make things better by creating another wedding dress. 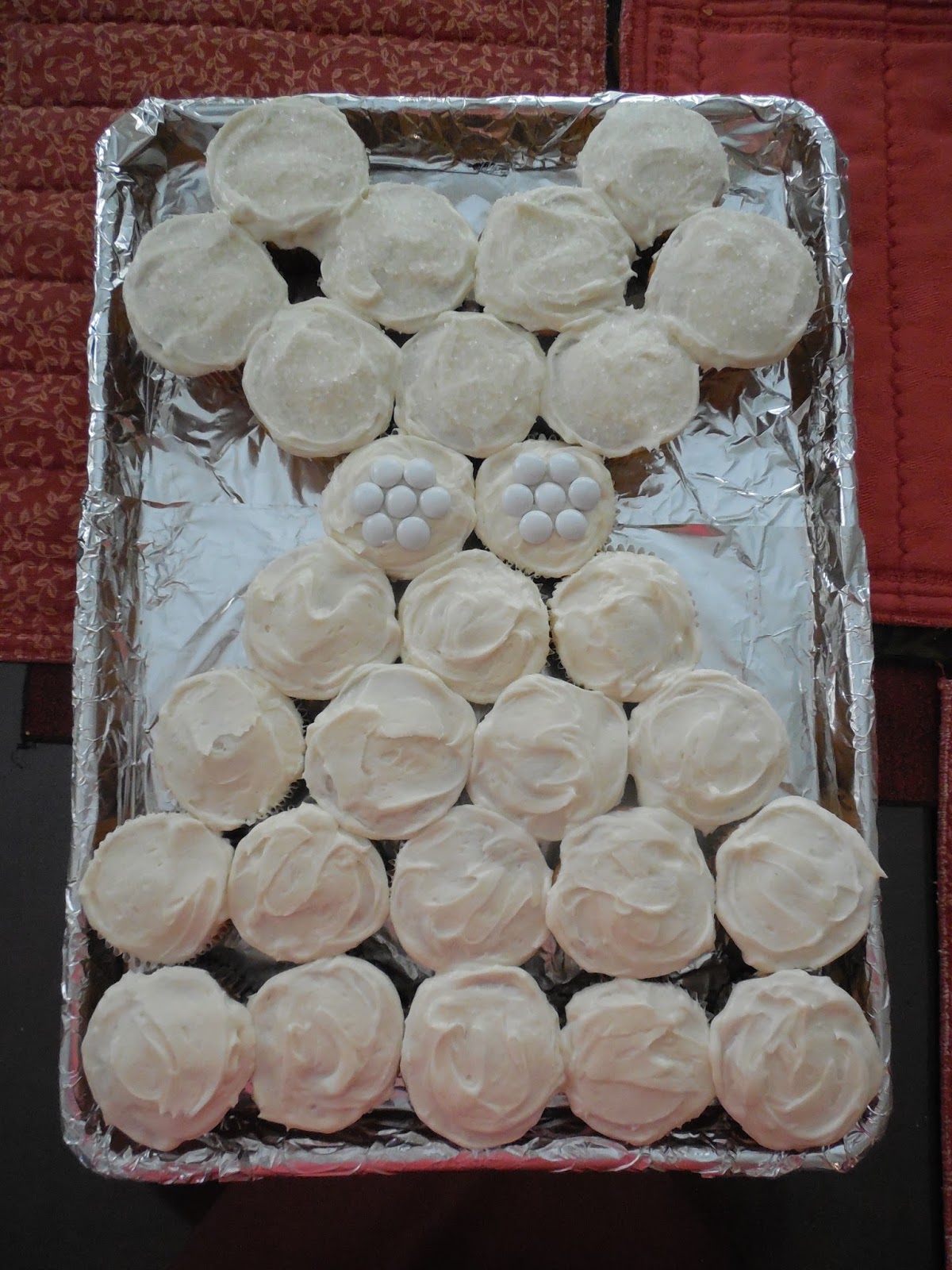 That didn’t really work to alleviate the stress. However, being able to share the news at the bridal shower that the key had finally made it to the most amazing visiting teacher in the world, who had already boxed up the wedding gown and sent it on to Grandma’s house was cause for celebration.

Fortunately, this overnight delivery really was overnight and Michelle’s dream creation arrived before her special day. “All’s well that ends well.” As Michelle put it on Instagram: 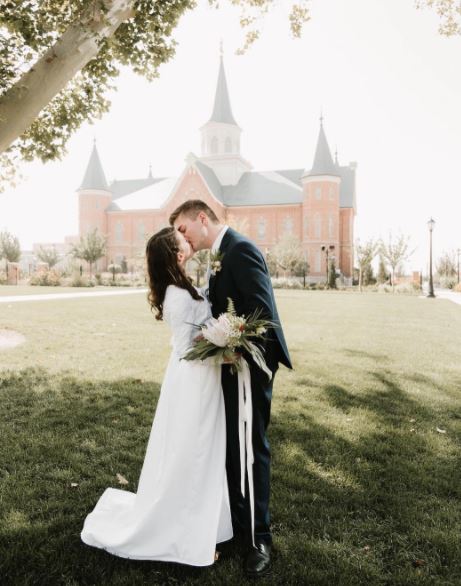 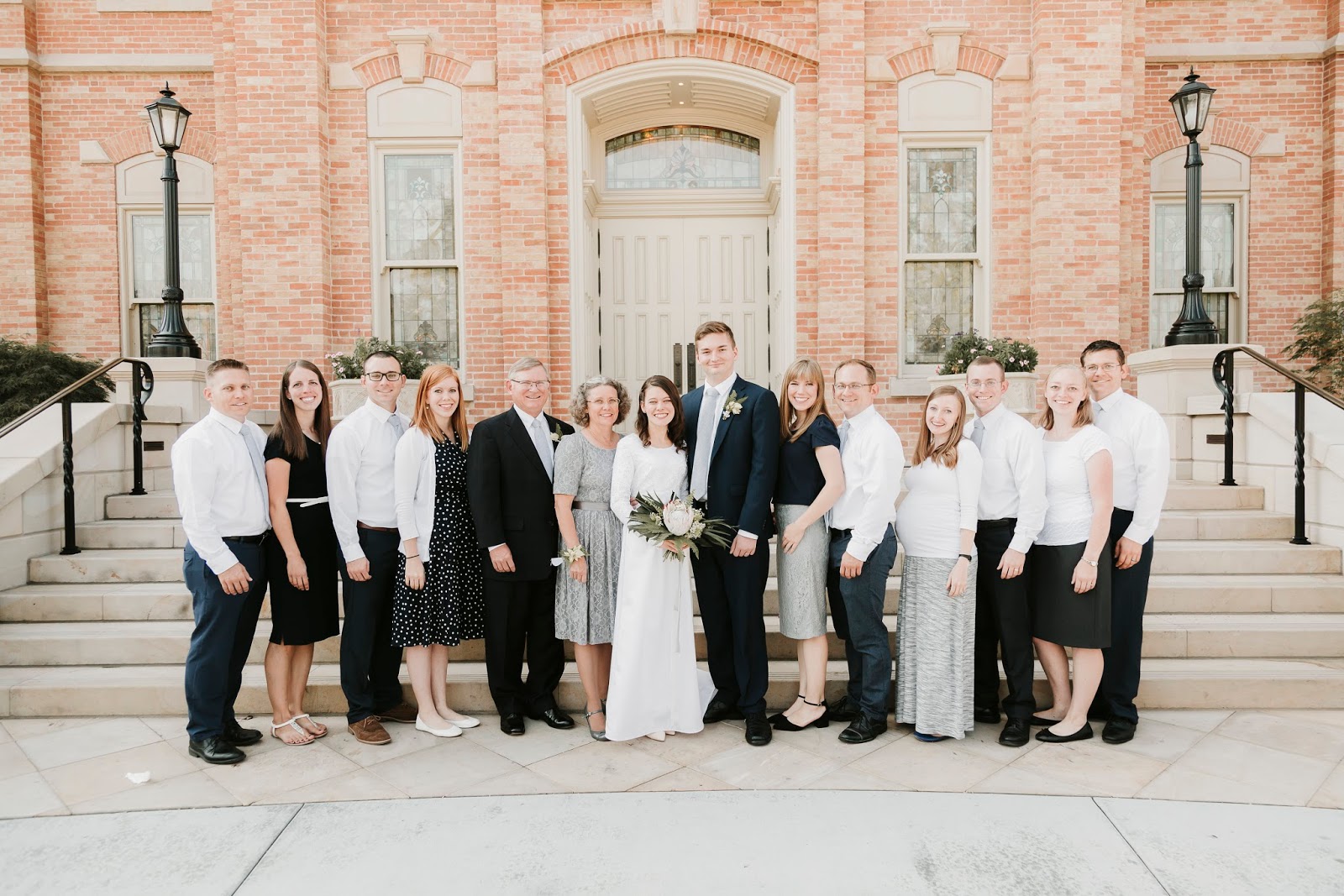 A final thought from Michelle: 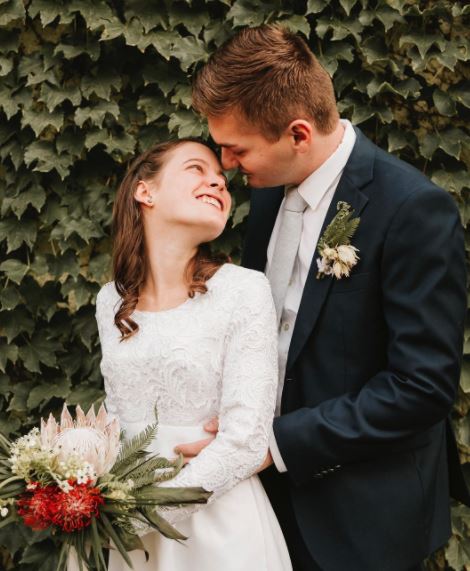