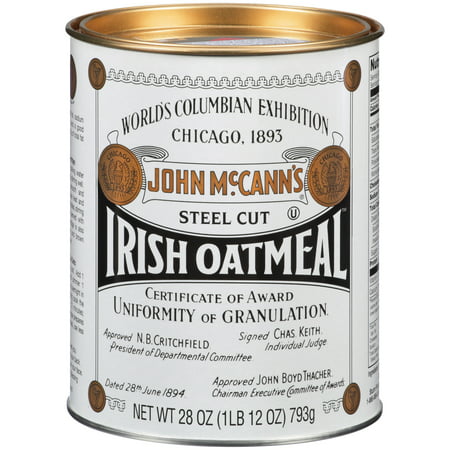 Steel-cut oats have been on our breakfast rotation for a while now, ever since a friend recommended them. This morning, however, we tried a new variation which was delicious, so I need to remember to have it again. The apple I cut up for Wayne’s lunch was quite bruised in the center, so I got out another one for his lunch. We can’t just throw things away, so I cut out the bruised portions, cubed the rest, and tossed the first apple into the pan of oats. With a dusting of cinnamon before serving, the cereal turned out great. We may not wait for a less-than-perfect apple to try it again.

Just for reference, there are a few ways to cook steel-cut oats, none of which are very instant. Today I brought the 2 cups of salted water to a boil, added the 1/2 cup oats, put the lid on the pan, and turned the stove off. About 1/2 hour later I put it back on the heat, added the apples, and cooked on low until we were ready for breakfast, about 10 minutes.

You can omit the waiting period, and after bringing it to a boil, lower the heat and cook until soft, about 25 minutes.

Alternatively, you can soak 1/4 cup steel-cut oats with a dash of salt in 1 cup of water in a large cereal bowl overnight. Then cook in the microwave, in 30 second intervals, for a couple of minutes. This method has a tendency to overflow if not watched carefully, hence the need for a larger bowl. 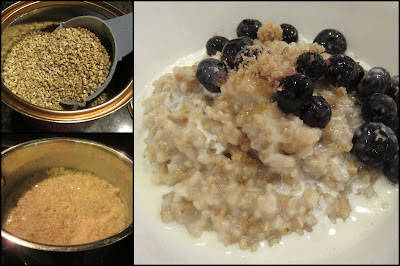 Note: We like adding strawberries to regular rolled oats, so I’ve tried that variation with steel-cut ones, but don’t particularly like that combination. Blueberries are a bit preferable, but still better with regular oatmeal. What do you like adding to your hot cereal?