My great-grandfather, James Wilson, immigrated from Ireland to the United States, arriving with his wife and three young children at Ellis Island on 14 May 1916. When, as a way to celebrate St. Patrick’s Day this year, I looked at the information I had on him last month, I realized that they didn’t immigrate because of the Great Potato Famine. So, I learned something new.
However, I couldn’t find any new information to help me find his grandmother, which is our end-of-the-line road block, so I decided to browse laterally and eventually found new names to add to the family tree. In case you want to retrace my steps, here they are.
Fanny Stevenson Wilson was my great-grandfather’s younger sister. She married Andrew McLaughlin in 1919, and they stayed in Ireland. Andrew was one of ten children and his younger brother George immigrated to the United States in 1901, arriving in New York but settling in the Philadelphia area where he married Elizabeth Young in 1910. At least four of their other siblings also immigrated, as did at least seven of Elizabeth’s brothers and sisters. 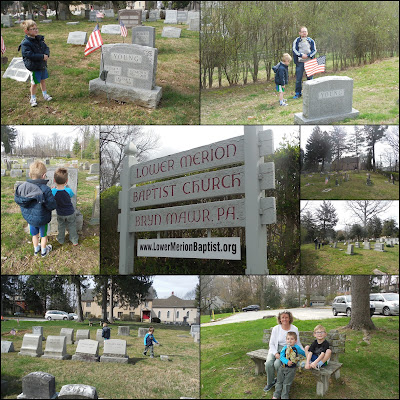 Many of them were buried in the Lower Merion Baptist Church Cemetery. I’ve never actually visited a cemetery as part of doing family history research, so was excited to have the opportunity to do so. I was hoping that I might find more clues to help locate additional information, specifically William Young’s wife Emma’s maiden name, but he was buried alone. Because I went, though, I did get an internet address which led me to a couple of old hand-written maps along with a digitized list of burial records, so that gives me something to research in the future. Who knows what I’ll find? 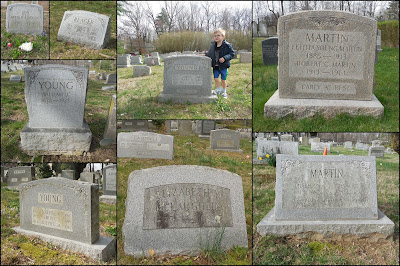