I like celebrating St. Patrick’s Day because it reminds me of my grandmother and her parents, specifically Florence Rebecca Wilson, for whom I’m named.

Last year I did some family history research in honor of them (see here and here), and I thought it was interesting that my heart turned to that again this week. This post will contain maps I’ve found to help put things into context. Here are the counties in Ireland (with Northern Ireland in a lighter color). 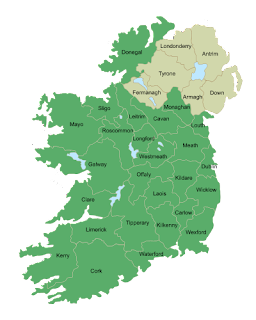 My great-grandfather, James Wilson, was born in Legnabraid, County Donegal. 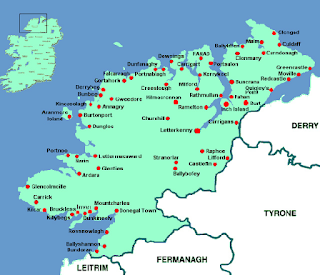 You can’t really tell in the above map, but it looks like Legnabraid was a part of Castlefin, and very close (less than ten miles) to Castlederg in County Tyrone, which is where Great-grandma was born, and where they were married. 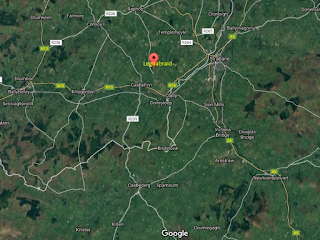 Castlederg is a little town in the county of Tyrone, which is part of Northern Ireland. This site [which no longer exists] tells a little about the geography of the county; apparently “Tyrone is mainly a farming county, it has hundreds of small farms which mainly produce cattle and dairy produce. They also grow oats, barley and potatoes.” 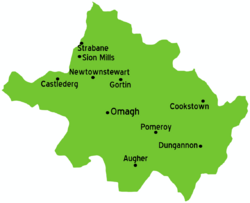 From the Irish census records we learn that Grandma was a seamstress and Grandpa was a carpenter, and they were both Presbyterian. I suspect this last fact* contributed to their decision to immigrate to America in 1916. With their three children – John, Florence and Norman – they arrived at Ellis Island on the ship Philadelphia. They lived in Hudson City, New Jersey for a few years, where twins Dorothy (Dot) and Winifred (Lin) were born, before settling in Middlesex County, Connecticut. 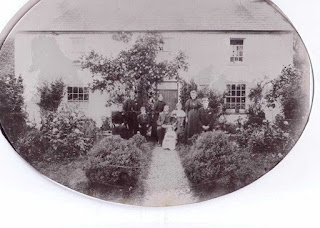 This photo, from ancestry.com, showed up in today’s search. It’s titled “Ashvale Farmhouse – 1896” and is attached to John P. Wilson, James’ father. I’m not positive it’s John’s family, but it looks like the names and ages could match up correctly. Even if it’s not my relatives, it’s still a great picture. [Note that it was common for 3 year old boys to have long hair and wear “dresses”.] 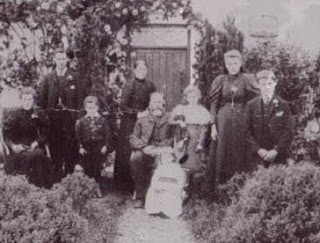 Another site has an even shorter synopsis:
It’s time for a quick history lesson, the contents of which might sound familiar if you happen to have a love for European history (as the writer of this article does). Back in the seventeenth century, when the English empire was taking strides to conquer as much of the world as it could, they succeeded in capturing Ireland, and proceeded to settle it heavily in the island’s north. Most of these English settlers were Protestant, while most of the original Irish inhabitants were Catholic. (Remember that, it’s important.)

As northern Ireland became more prosperous and industrial, southern Ireland, particularly the Catholic masses, became poor and malnourished under the ownership of English, Protestant land owners. This led to many issues, including eventual political divides between the two religious factions; Irish Catholics wanted independence from the British, while the Protestants (now both Irish and English) feared being under the home rule of a Catholic majority. Tensions rose until, in 1921, Northern Ireland was made a part of Britain and the rest of Ireland was declared a free state; enter a short period of peace, right up until the 1960’s, when riots, terrorist attacks, and other bloody violence. These conflicts have continued ever since, with a bit of a stale mate since the 1990’s.