Finding a non-alcoholic substitute for gin isn’t as simple as finding one for Cherry Liqueur (just use the juice from canned cherries) so I figured it needed its own post. Basically you need to infuse some liquid with the flavor of juniper berries. Because apparently there are different varieties of gins, flavored differently, I also came across many different recipes for making your own. I don’t have a “favorite” gin, and really don’t even know what one tastes like, so I’m just going to make up my own recipe and see if it does the job!

Gin – Basically an infused vodka, flavored with juniper berries.Try soaking juniper berries in white grape juice with a bit of lime juice. Check out this blog post or even this one for a non-alcoholic version of a gin and tonic. To me it just looks like a lot of work when water would quench thirst just fine. Oh, here’s another one.

As you can see, while the common ingredient is juniper berries; there’s no consensus for the remaining ingredients. Here’s what I’m going to do the first time we try a recipe that calls for gin, based on some bartender’s suggestion: “Mimicking gin is pretty easy. Simply infuse water overnight with the botanicals used in your favorite gin. You’re going to need juniper berries, and you’re probably going to have some citrus peel and various herbs. The water draws out all the flavor of the aromatics, so when you strain it, you basically have a clean tea ‘gin’ infusion.” 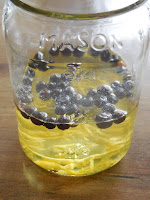 By the way, I actually found juniper berries locally, at a store called Fresh Market, on the “spice” end cap with other pre-packaged “bulk” spices. 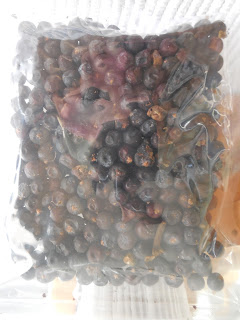 Place juniper berries, lemon peel and coriandor seeds in a heat-proof bowl and pour the boiling water over them. Let steep for at least 15 minutes, or even overnight. Strain the liquid. That makes the infusion. If you want a syrup, return the liquid to a boil and stir in the sugar until dissolved. Store the syrup in the refrigerator. 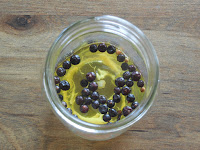 I also found the intriguing history of gin here:

The name “gin” is derived from the French and Dutch words for juniper: “genièvre” and “jenever,” respectively. This spirit was created by Dutch physician Dr. Sylvius, who redistilled pure alcohol with juniper berries in hopes that the berries’ therapeutic oil would manifest in a low-cost medicine. The medicinal project was a success, though it came at the price (or gain, if you look at it that way) of a spirit with a flavor that effectively hid the harsh taste of alcohol. If you’ve ever used the phrase “Dutch courage,” or liquid courage, you can thank Dr. Sylvius — before charging into battle, British soldiers would down a shot (or two, or three) of gin.

*If I had cardamom seeds I’d use those instead. Some sites say that coriandor and cardamom aren’t substitutes for each other, but one website did suggest it. Since apparently coriandor seeds have a citrus overtone, I think they’ll work fine in this experiment.

**Really any sugar would work. My inspiration recipe called for demerara sugar, which I don’t have on hand. I do have turbinado sugar in the cupboard. 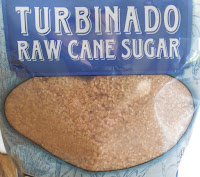