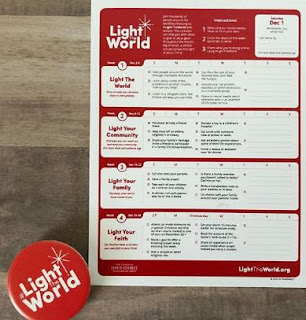 Last year I did a series of posts on specific Christ-like attributes as a way to help bring the spirit of Christ into Christmas for myself. I was amazed and touched at the reception that received from my family members. Thank you so much. I wanted to do something similar this year, and finally decided to once again highlight a different righteous quality each day, but pair them with my ancestors instead of my descendants. I hope it’s helpful to you; it’s already been a blessing in my life as I’ve pondered which ancestors and which qualities to research. Each one of these examples has brought the light of the Savior into my life, and my wish is it will help light your world as well. 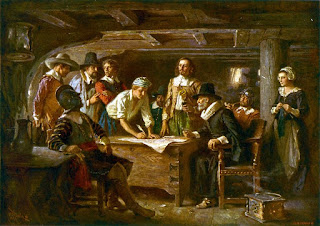 Joshua 1:9
Have not I commanded thee? Be strong and of a good courage; be not afraid, neither be thou dismayed: for the Lord thy God is with thee whithersoever thou goest.

Because I never did get around to sharing the things I learned before Thanksgiving, the first ancestor on the list is George Soule, and his quality is courage. We don’t know a lot about George Soule, but we know more about him than any of my other 11th great grandparents. That’s because he came to America on the Mayflower, and lots of other people have researched his life. Here’s one short summary:

George Soule came to Plymouth on the Mayflower as a servant of Edward Winslow.

George Soule married after the voyage to Plymouth.  His wife was named Mary.  By the time of the Division of Cattle in 1627, they had one son Zachariah. Mary Soule is probably Mary Buckett, who is listed in the 1623 Division of Land. George and Mary Soule had 9 children.

George Soule moved to Duxbury and acquired considerable property. He was a volunteer in the Pequot War and served as a deputy for Duxbury and as a member of numerous town committees.

He may have had many other Christ-like qualities, but I’m positive it took courage to sail into the unknown searching for freedom and a better life, and I’m grateful to have grown up with his example before me. When I read this following quote, I think of George, along with his fellow Mayflower associates, and I pray that I, along with my children and grandchildren, will be strong and brave and courageous enough in the future.

“We know that the Lord’s true disciples will be worthy and prepared to receive Him when He comes again. We need not fear. So, as much as we have already built faith and courage in our hearts, the Lord expects more from us—and from the generations after us. They will need to be stronger and braver because they will do even greater and harder things than we have done.” 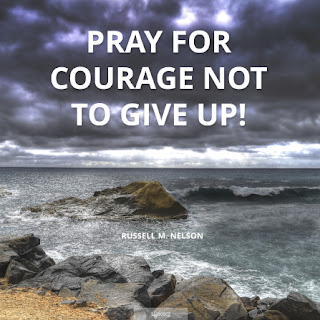 As always, the Savior is the supreme example of courage.
He who is or should be the guide of our lives was the most courageous of all men. “In Jesus we find bravery at the best; courage at its loftiest; heroism at its climax.” True heroism defends the right and faces disaster without cringing. In this regard the Savior was the personification of true courage and heroism. Illustrative of this I need only mention the cleansing of the temple; or his fearlessly speaking the truth when his home folk turned him from Nazareth; or when the five thousand in Capernaum … [were reduced in number and] he turned [to the Twelve] and said, “Will ye also go away?” Never once, however, did the Master despair or turn from his destined course. This is the kind of courage we need in the world today.
Teachings of David O. McKay 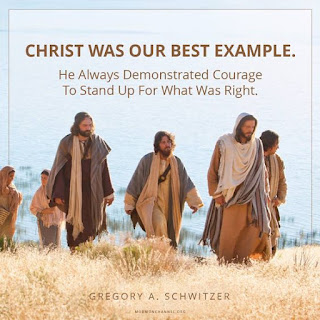 And sometime when I have a free half-hour, I’m going to listen to this talk given at BYU a decade ago by Nathaniel Philbrick, Award-winning Author of Mayflower: A Story of Courage, Community, and War—Nov. 6, 2007.

“Even though [the Pilgrims] had resolved to leave their mother country, they were fiercely proud of their English ancestry. But they couldn’t go home. What to do? After much discussion, they decided they should do what seems an incredible thing: they should transplant their congregation wholesale across 3,000 miles of ocean to the New World… They knew that this is what God wanted them to do.” That is courage!